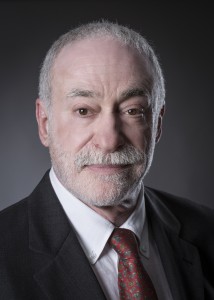 In younger years Cary Rick was acclaimed as a movement artist, and toured his solo dance performances throughout Europe and Scandinavia. During this period he was a welcome trainer by professional dancers, as well as interested laymen. He was a guest lecturer in the theatre and/or dance departments of universities in Europe and in the United States, and held seminars at professional congresses as well.

During the course of his later work as a therapist Cary Rick systematized his in-depth understanding of non-verbal communication theoretically in his method, Movement Analysis. In recognition of this special contribution to the field of movement therapy Cary Rick was received in 2000 into the American Dance/Movement Therapy Association (ADTA) as a Board-Certified Dance/Movement Therapist (BC-DMT), qualifying him not only as a trainer and supervisor, but also to practice privately.

Since 1983 Cary Rick has trained several hundred movement analysts in his method in Switzerland, Austria and Germany, and has lectured and held seminars at international therapy conferences in the German speaking countries as well. Aside from his current activities as the educational director of the Institute for Movement Analysis, he supervises, conducts movement analysis privately in his own practice in Zürich and Basel, and also supervises teachers working in integrative kindergartens in Basel. Cary Rick has published numerous articles in dance and theatre journals, as well as psychological publications. He has also written two books and is working at the moment on a third.